Our expertise in ethnic differences and access to over 12,000 first generation Japanese volunteers accelerated our ability to provide robust clinical trial data to support future applications of new chronic pain medicines to the Japanese drug market. 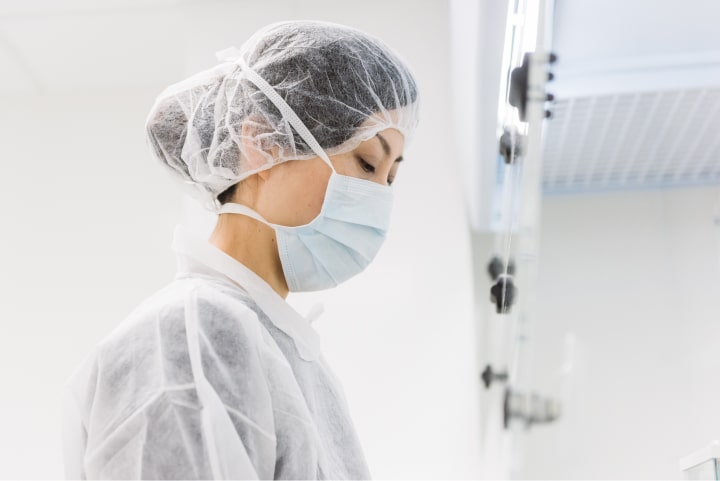 Why was this research needed?

Fentanyl is one of the most powerful painkillers used to treat chronic pain.  However, accidental overdoses, drug abuse, and potentially life-threatening side effects have caused concern over its use.  The development of safe, effective, and tamper-proof formulations of fentanyl is of paramount importance to public health and the chronic pain community.

What was the aim of the clinical trial?

Lafenta is a novel fentanyl patch applied to the skin for 72 hours.  Lafenta has a rate-control membrane that allows a more gradual release of fentanyl than other commercially available patches.

How were the studies done?

Both studies took place at the London-based clinical research facility at Richmond Pharmacology.  Sixty Japanese men between 20 and 45 years of age took part (30 men per study).

Both studies also assessed how well the patches adhered to the skin, the residual amount of fentanyl after use, and the side effects the volunteers had.

What were the results?

Analysis of over 1,300 blood samples showed that:

Overall, the results showed that dose-proportionality was achieved.

Overall, the results showed that the 11.0 mg Lafenta and 16.8 mg Durotep were bioequivalent.

In both studies, approximately 20-30% fentanyl remained on the Lafenta patch after use, compared with 59% on the Durotep patch during Study 2.

Lafenta was considered safe and well-tolerated in healthy Japanese volunteers.  No serious, severe, or significant adverse events occurred during either study, and no volunteer stopped taking part due to adverse events.

How has this research helped patients and researchers?

Lafenta patches are safe and well-tolerated in healthy Japanese men and provide reliable dose-proportional delivery of fentanyl with good adhesion.  The patches deliver an equivalent amount of drug into the bloodstream as Durotep but at a lower dose.  Furthermore, adverse events experienced by volunteers were consistent with those usually reported after fentanyl patch administration.  Collectively, these results provide encouraging data to support further studies of Lafenta in Japan.

Read the full publication on the Clinical Pharmacology in Drug Development Journal.

September 19, 2022
We are delighted to announce that Sandra Johnson will join Richmond Pharmacology as its new Director for Commercial Project Management
Read more

How telemonitoring can revolutionise the way we treat patients – Tom York

November 17, 2022
Richmond Pharmacology always searches for the most innovative processes to improve clinical trials and the patients’ experiences and treatments.
Read more